It’s been 18 months since my last update on this, however! the 200tdi engine was rebuilt last year and has resided in my kitchen for 12 months as I have not been able to find any time at all to refit it, due to my time taken up with converting my loft.

The engine is now back in the Landy at last and I’m slowly getting to the point of starting it as I still have very little spare time. I’ve corrected a number of issues from the time I swapped the engine in, replacing the 2.25 5MB petrol, mainly electrical and how the engine bay is set out.

The head has been cleaned up, valves reseated, new stem seals, injectors have been sent for cleaning and checking.

I’ve got rid of the 200tdi radiator/oil cooler unit and gone back to the original Series radiator which is till in very good condition (only used for 40k miles from new). I was never very happy with the way the 200tdi rad unit fitted in the engine bay and always seemed a bit scruffy. I’ve sourced a 300tdi intercooler (has the exit pipes on the left hand side of the unit – 200 are on the right hand side) which is now situated inside a galvanised Front panel, a slight modification was required on the panel. I have also fitted an aftermarket oil cooler on the other side.

Engine bay looks much more tidy now with more space. I’ve just had to remove the timing case again as I stripped three threads putting it back together, one that goes through to the water pump and into the block that has the long stud at the top, and two water pump bolts into the aluminium timing case. I’ve now repaired the threads using Helicoils and are now even stronger that before. All the other timing case threads have been cleaned with an M8 tap.

Just need to put the timing case back on, rad back on, fill with water (will be flushing a few times before filling with coolant) and get it started. 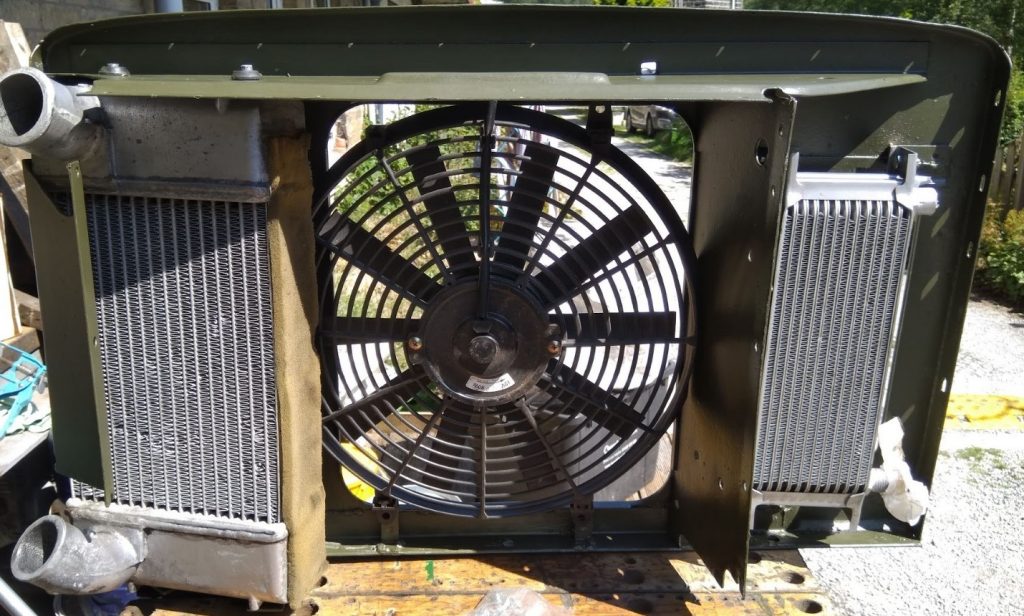 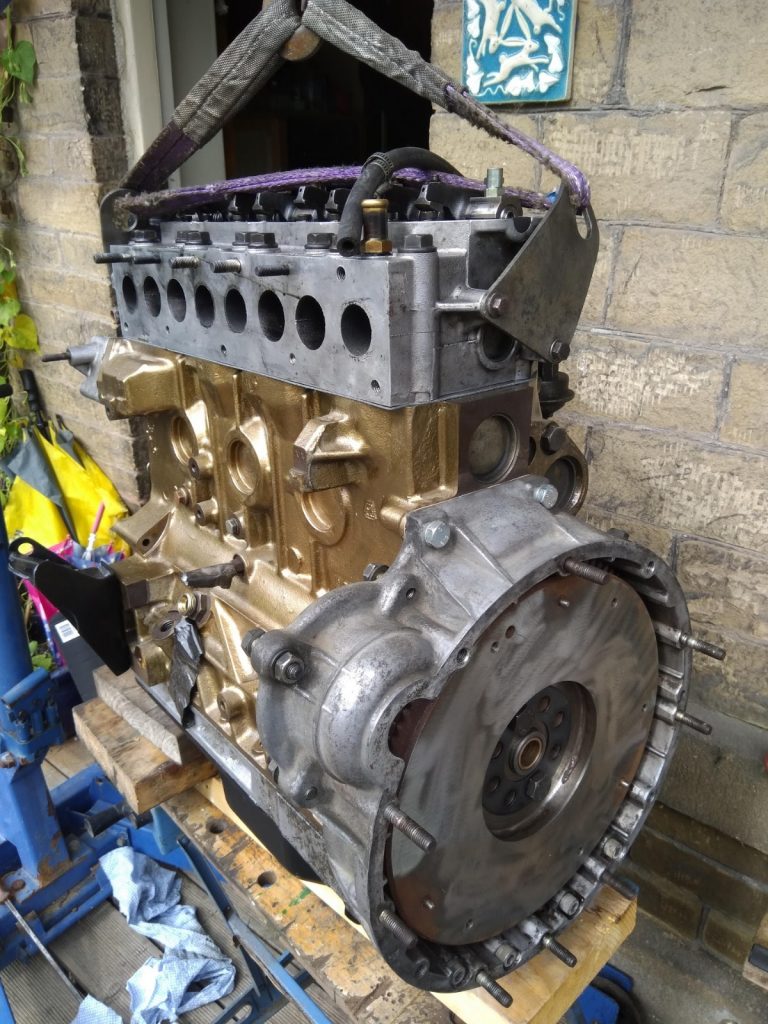 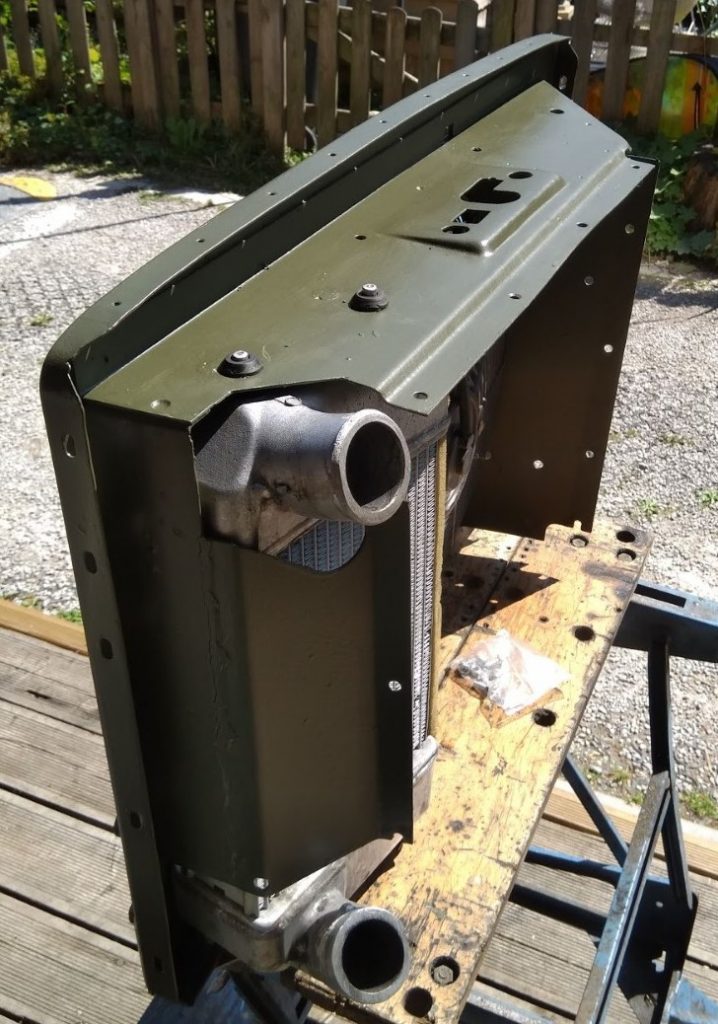