Just had a job to replace the UJs on a 109 S3 propshaft. It appears that for some reason the rear axle end UJ has never seen a grease gun, however the front appears to have been been greased regularly. Maybe the nipple was blocked, I don’t know. However the rear UJ was clearly dry as a bone and I’m surprised it hadn’t failed spectacularly due to the huge amount of wear!

My press really struggled too get the cups out, once I finally did get them out it was clear why they were so difficult to remove. The yokes have been damaged by the bearing cups and as a result the old prop is beyond repair and a new one has been ordered. The UJs were the larger 82mm size (RTC3346).

Word of advice, make sure all prop UJs are greased regularly, if you think the grease nipple is blocked then replace the nipple. Otherwise if left dry a prop will eventually fail with disastrous consequences!! 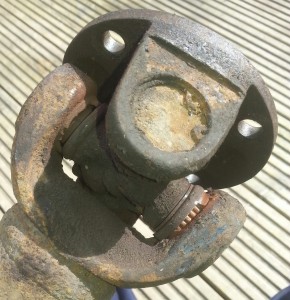 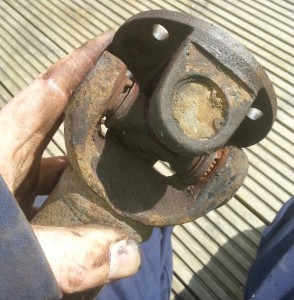 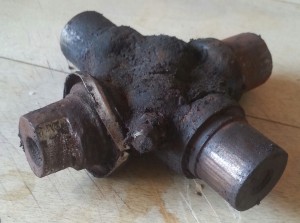 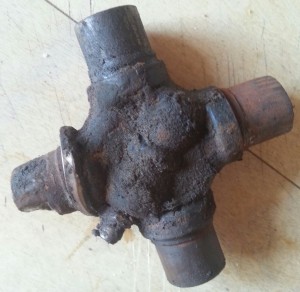