Had a bit of a disaster before Christmas, while on the motorway in the 109 one of the oil cooler lines sprang a leak, the engine was very rough when I left the motorway however was still running so must have happened just before I was turning off. The engine bay was covered in oil, I filled it up again at a petrol station and it ran fine again so I carried on until I got home which was only a few miles. However on starting the engine from cold the next day it was clear there was something wrong. I did a compression test and got following results:

Obviously 1 & 3 have issues, however as the lowest readings are not next to each other this suggests the head gasket is fine and the problem is bottom end, more than likely the big end shells have been trashed due to oil starvation.

So I finally managed to find the time to remove the engine last week. As it’s a Defender variant 200tdi it has to be separated from the gearbox to be able to remove the ladder frame as some of the securing bolts are in the flywheel housing, so the engine has to come out. Once on a stand I removed the cylinder head and everything was fine there. I’ve cleaned up the valves and replaced the valve seals with new genuine parts that I already had as spares. The engine block is extremely dirty due being covered in oil so I will degrease it and paint the block in engine enamel later. The bores look ok, no scoring and a lot of the cross hatching is still visible. Phew. 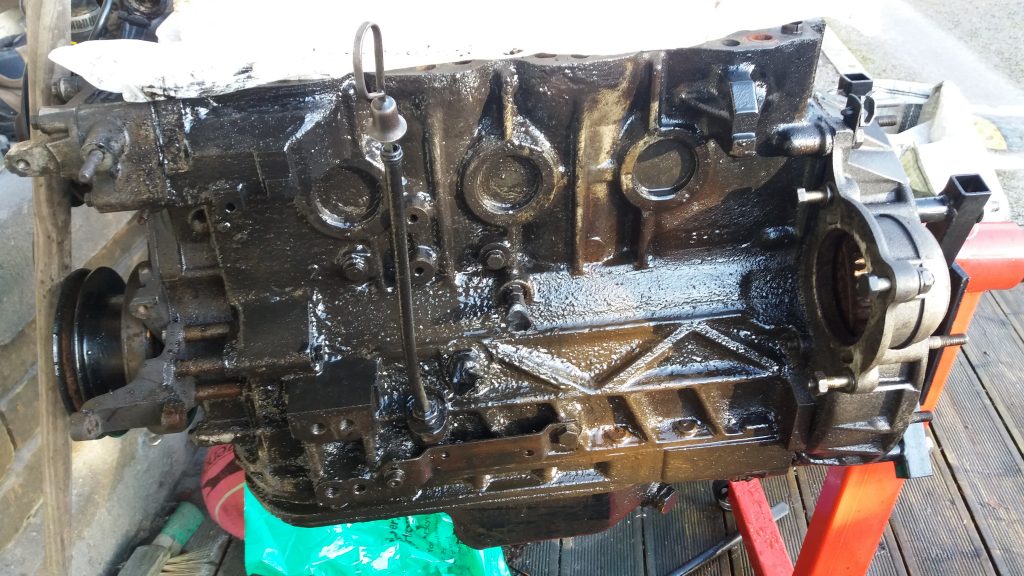 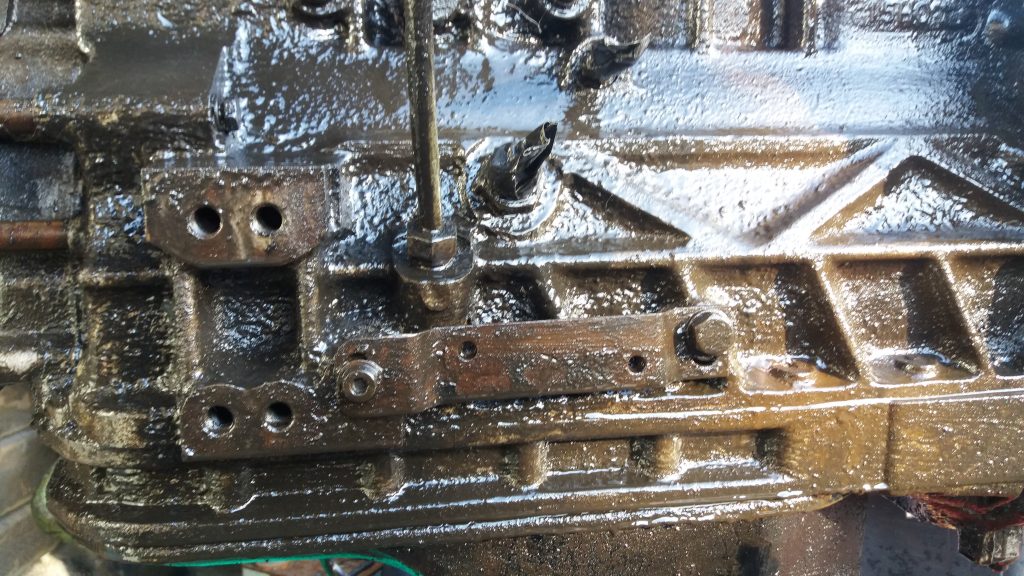 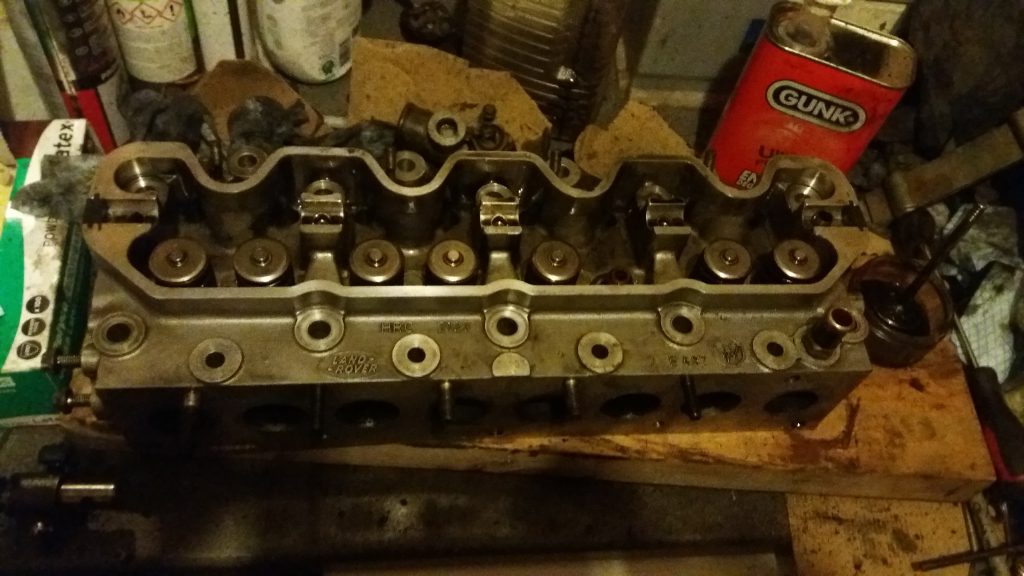 Got the sump off which was full of glitter, actually it should be described as a big pile of ground big end shells which confirmed my diagnosis. I unbolted the con-rod cap ends and the shells were indeed very trashed. Unfortunately the crankshaft journals have been scored as a result and will need a regrind. The mains however appear ok so I may have got away with just getting the big end journals done. The last pic below is one of the mains, the other three are big ends. I’m taking the crankshaft to the machine shop tomorrow. 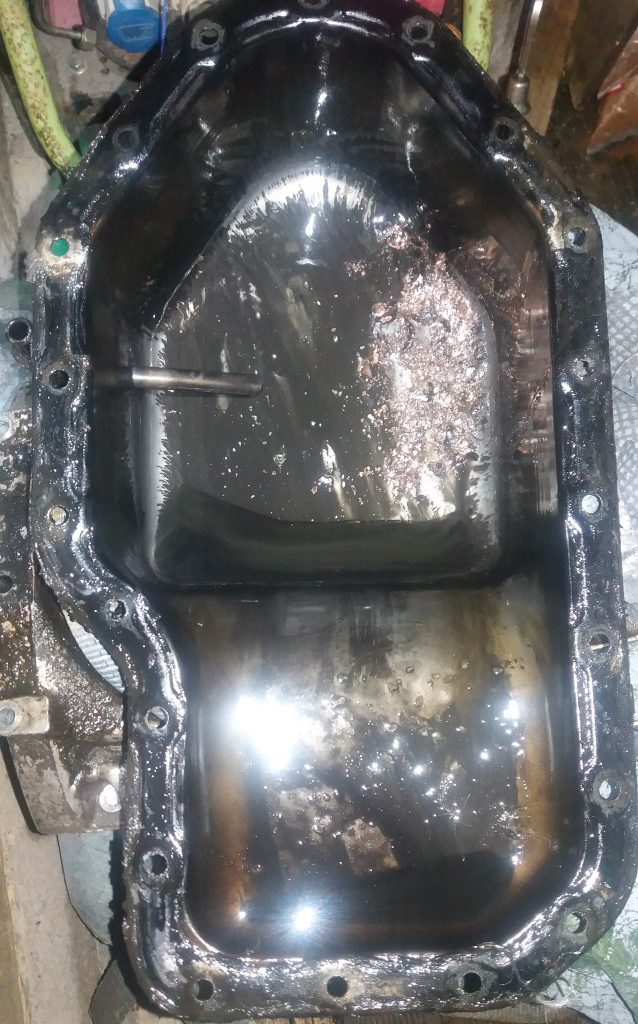 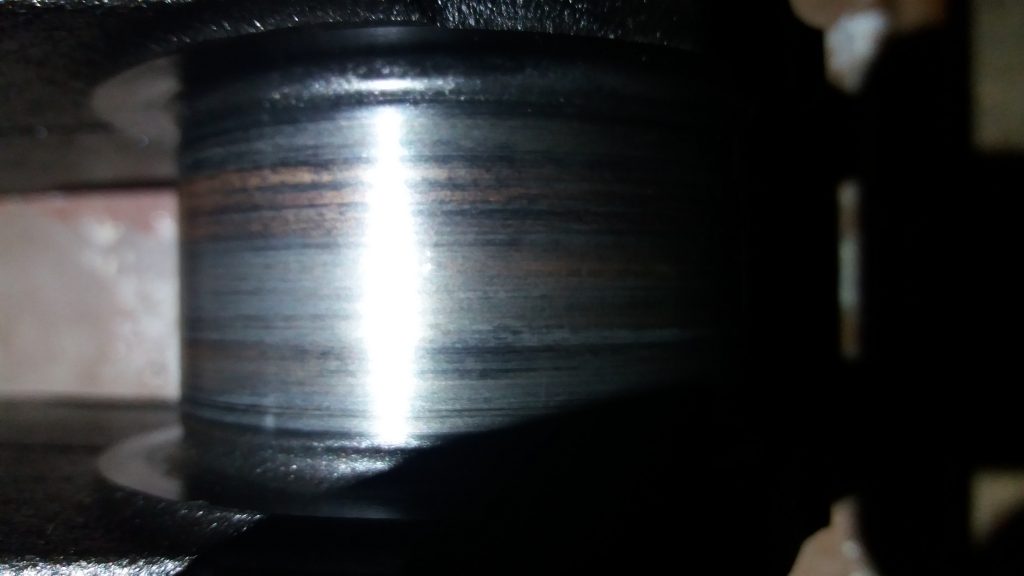 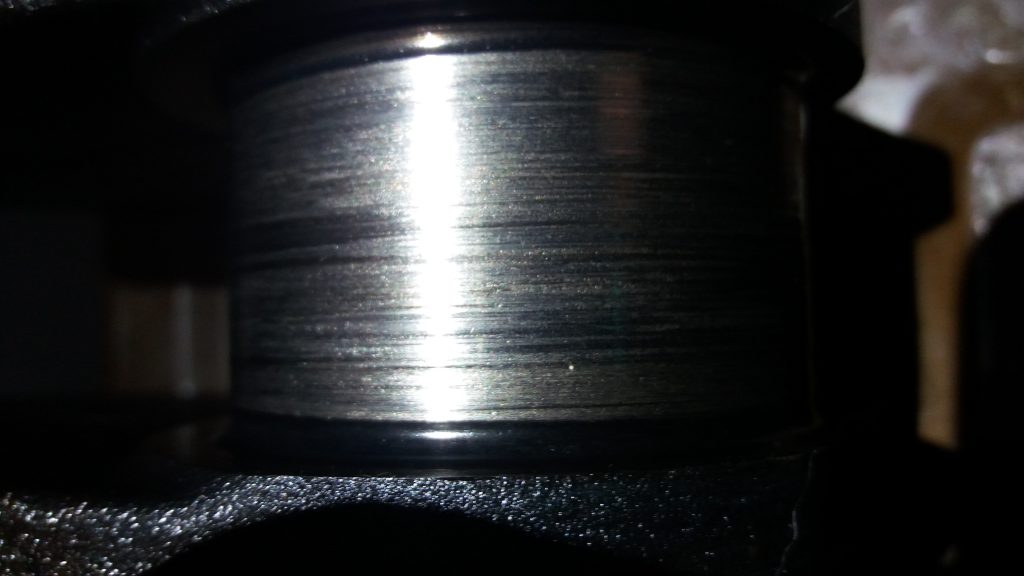 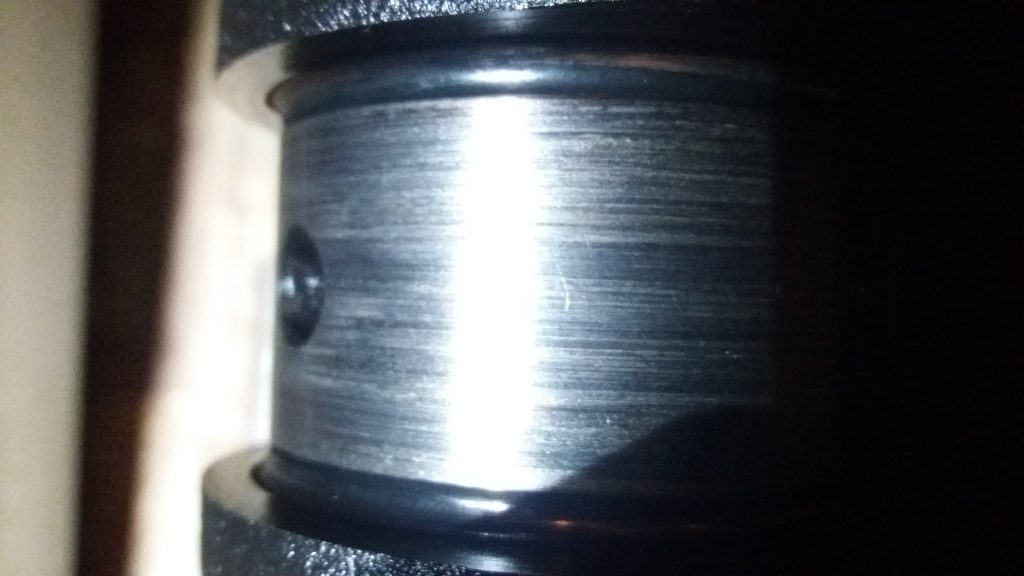 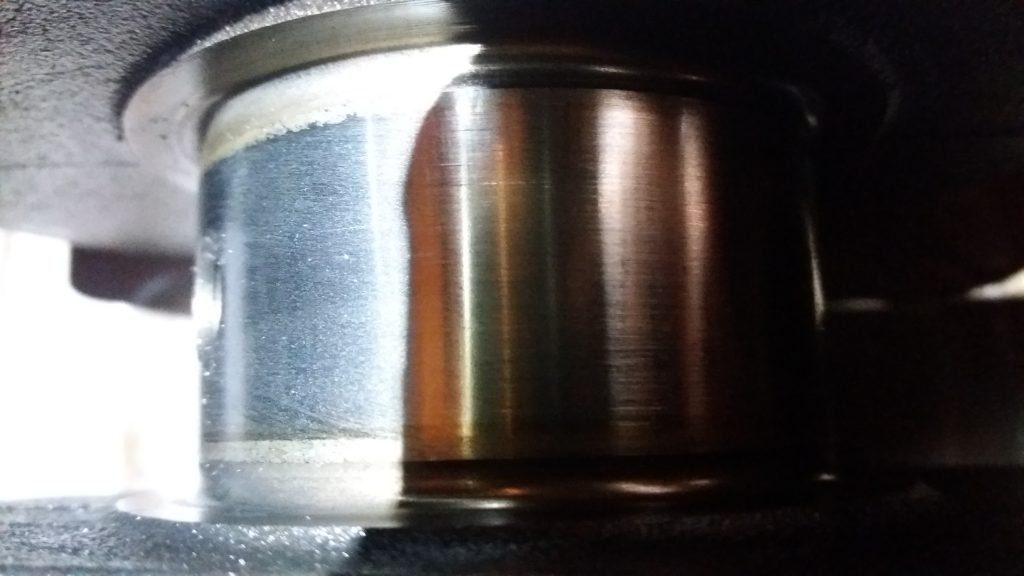