Further delays – after the rebuilt engine back in the vehicle I could not get it to start. I was not getting fuel to the injectors, it’s unusual to get an air lock in the 200tdi fuel system as they self bleed however I thought that it must have air in it somewhere. I used a pump to suck diesel back through the return pipe and tried to start again – this time the engine fired up but at full throttle. I tried a few more times but just got the same result. The weights in the fuel pump are at full throttle when resting, a design to aid starting and the reason for the famous black puff of smoke whenever a 200 starts. Mine had got siezed due to the pump being off the vehicle for 12 months and stored without diesel in it, apparently they corrode VERY quickly internally if not vacuum sealed. Lesson learned. I took the pump to a diesel specialist and there were a few other issues (including a previous owner forcing a imperial thread banjo bolt into a metric thread on the case!) that rendered the pump a write off. The diesel specialist offered me a rebuilt pump for £300 that would be ready in a couple of weeks.

In the meantime I purchased another 200tdi complete engine for £300 in the hope that the injection pump was ok, I wouldn’t need the refurbed one and I’d also have a whole engine for spares. This spare engine had come from a Range Rover Classic but had also been sat in a garage for a long time so it would be a long shot that the pump was running ok. I fitted the pump from that engine, however it would only idle for a few seconds before stalling and it idled roughly. So i removed that and in the end bought and fitted the refurbed pump and that one runs like a dream.

I’m stripping the Range Rover engine, so if anyone needs any 200tdi engine parts let me know! 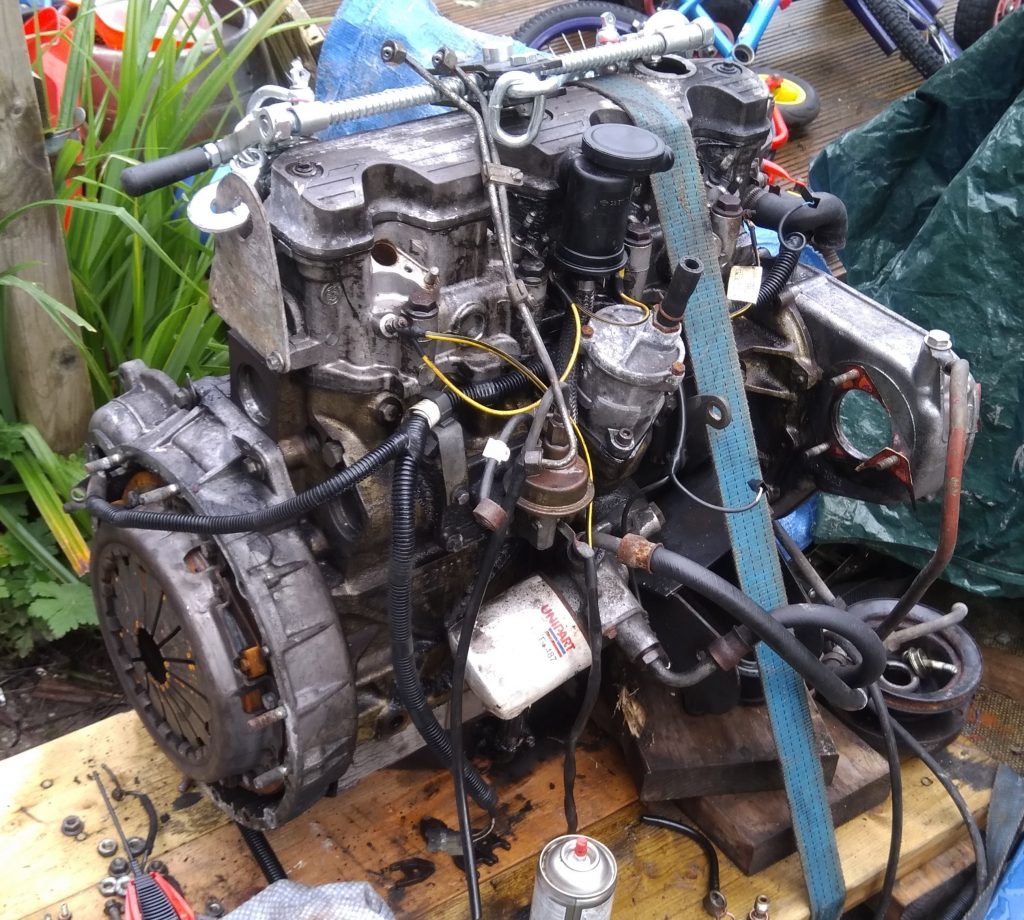